#1
Don't know if it's been discussed. It was an option.

#3
I know a girl that had one brand new. It actually stood out with the 5.7 and non GTA configuration. Always knew it was a rare car. She sold it to a local kid and I've since lost track. I still know her. She replaced it with a 97 TA that she still has.
KID

#4
I have never seen that before but I have to say it looks great.

#5
One of the guys that I see at local cruise nights and shows has them on his T/A... I can't seem to remember which year (86-87-88??) Pretty sure that I have a picture somewhere.
He bought the car new, but it still looks good.
I like the look, but would NOT want to be the guy trying to keep them clean 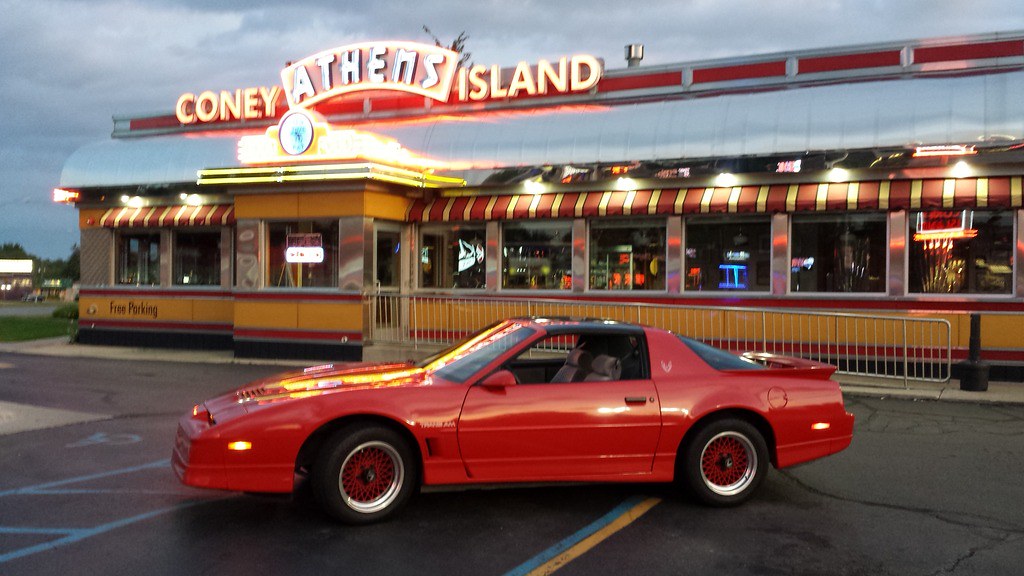 Data is not available for '87. And white does not appear as a wheel option color for '89 in the data that I have.

#7
I just LOVE the red wheels on the red car. I have a red GTA and wish it had red wheels. Always want what you don't have I suppose.
Great Picture!

#8
Thank you. They are probably the most interesting/unique part of the car.

#9
Red with Camel int. and gold wheels is my all-time favorite color combo on a TA. I was really hopping the TTA was going to be red after seeing the red pre-production cars. Looks cool with the red wheels!
KID

#10
I just realized the pic your car is on Woodward! Sweet!
KID

Was hoping to get it out of the garage this weekend, and take it for it's first 2021 cruise. But I had a small garage fire (small fire, huge smoke and water damage), and chores surrounding that cleanup are going to keep me busy weekends until fall at least. We'll get her out for a drive this week I'm sure.

#14
Dave that's awful! When you get a chance post the details of the fire!
KID

#15
Thanks guys. We were very lucky, all things considered.

I have a Dodge Charger forum that I've posted some info. on. You don't have to be a registered member to view this thread (but feel free to register if you'd like).

Coverage starts at the bottom of this page.

#16
Damn. That looks awful - yet a little bit lucky at the same time(?)... altho I'd bet it takes some real thought to feel the lucky part most days
It sounds like you have a real mess to deal with, including the administrative (insurance) side of things.
I hope that you are able to be come out the other side with not too bad of a $$ hit and improved situations overall.

So far, I'm "learning": insure everything and don't use a salamander heater... any other specific lessons here yet?

#17
Very lucky. No one hurt, no structural damage, just some smoke and water damage. Only a couple of things burned in the fire. Could have been so much worse.

Insurance with replacement value. Aside from some deductibles, I won't be out much. But will lose some time, and some items you just can't replace.

It's coming along OK so far. I'm just very slow at it, which beginning next week will become a bigger issue when "my" stuff is in their way. Just taking it as it comes...we'll get through it.

The salamander by itself is OK. I've used that one since the early '90s. You just need ot make sure nothing is close to it or can fall close to it, as was the case with mine.

The back garage, where the T/A was stored, will have a natural gas furnace when I move into it.
You must log in or register to reply here.
Share: Facebook Reddit Email Link
Top Bottom